On our second day in Uganda, we drove up the mountains over Mbale to the village of Bushiyo.  The drive up isn’t so far from the electrical grid so much as so high above it. 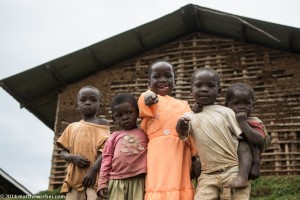 Bushiyo’s welcoming committee; behind them is one of their classrooms

The elevation means the sun sets later, the air is thinner, and the lifestyle of the villagers is different than others rural communities in the bush.  They see the lights from Mbale, the district center, but have none of their own.  They are nearby to the district health offices, but out of reach for comprehensive medical care.  They see the possibilities of improved resources, but those resources are, quite literally, just out of reach. 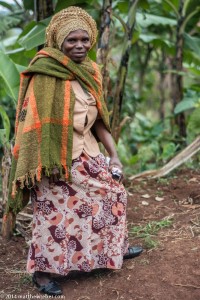 Bushiyo Primary School is, in many ways, the center of the village.  It sits across the winding mountain road from their trading center, and houses three school houses (two of which are made of mud and twigs).  The students, as I often find in Uganda, are extremely well behaved, polite, and curious.  Normally, when I arrive to a location alone, I simply introduce myself, explain that I will be taking photos for IA, and proceed to work.  Upon arriving to Bushiyo, I was greeted by their education committee, with greetings from each of the eight committee members.  Short speeches of welcome were given by each individual, and one told me that, if a glass is very low of water, it takes only a small drop to make a large difference.  Such is the case of Bushiyo Primary School. 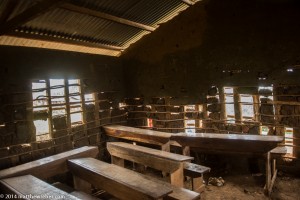 One of the primary school’s students, Edraeza is 16 and hopes to go to engineering school.  The only way to improve his community, he says, is to build facilities that will last.  For many boys his age, studies can wear on their patience, but he is studious and respectful, with an unusual diligence to his work.  Speaking with him, I believe that he will make it to engineering school.  I wonder if he was inspired by the construction crew that poured the concrete foundation of the school’s newest building, which houses two classrooms and the school office. 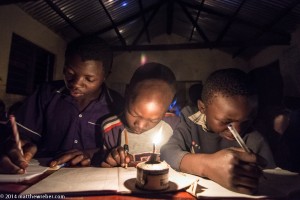 Edraeza, left, and other students studying by candlelight

If Edraeza can build the infrastructure to support a new Uganda, Salaama, an 11 year old student, is the kind of girl who could bring real, lasting change to Uganda.  Her English isn’t perfect, but it’s spoken with a confidence absent even in native speakers.  Her smile is infectious and her attitude is inspiring.  I expect her to be speaking at TED in coming years.  Her mother, also named Salaama, told me that she speaks her mind to everyone, even to her father.  In a country with estimated domestic abuse rate of 40%, that’s anything but insignificant.  She loves to read late into the night, and is looking forward to saying goodbye to late nights with kerosine burning paraffin candles. 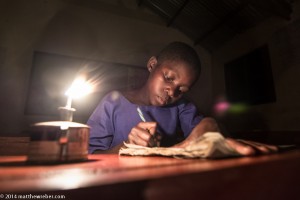 The students and teachers were kind enough to show me how an evening lesson appears.  Students shared candles, which put out little light and lots of smoke.   And the classroom is packed to the gills; this is a community that loves education and pushes their children to not simply attend but study with dedication.

The dangers in the night range from simply falling on unsteady terrain (which I did more than a few times), to stepping on snakes.  It sounds unlikely, but I’ve met more than a few people who have had serious snake bites.  When one considers how little antiseptic there is in these communities, an animal bite can be considered a life threatening condition.  Having a safe and illuminated place to study in the deep night is a luxury few in Bushiyo take for granted. 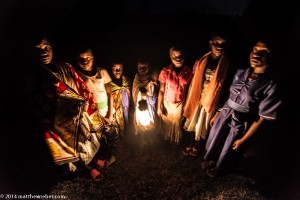