A few weeks ago, Innovation Africa, a 501c3 with UN consultative status, asked me to return with them to Africa to produce some development materials.   On Sunday night, I left for Uganda. A few flights through a couple of cities later, I arrived in Entebbe.  Issa and Davis, my driver and translator (respectively) picked me up and we drove five hours east to the Mbale district, which is the home of IA’s offices in Uganda. 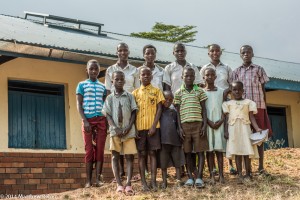 After a brief breakfast with the other staff on the ground, we drove to Sapiri, a village with IA solar installations at their school and health clinic.  Their students were so well behaved and had such a fun time being photographed, and I had a blast, too.  I had visited their health clinic on my last trip, and it was great to see sustainable solar systems grow in their community.

You may wonder why students need lights at a school off the electrical grid.  The reality is that much studying happens at night, and student illumination options range from either low powered LED flash lights or small kerosine candles.  The candle fumes are toxic and provide poor light. and while the little LED torches aren’t much better at producing light, they are expensive to these rural families.   Many communities are off the electrical grid and in the depths of extreme poverty.

And yet, in spite of the daily challenges, their students carry a profound love of learning.  Their lives aren’t so distracted with possessions and gadgetry; theirs is a desire for a chance in something better.  Most of their communities believe deeply that education is a door to a better life, and after seeing how they treat the donated solar panels, one can imagine what they would do for their progeny if they had slightly better resources.  Love manifests here in more ways than an outsider like myself would expect. 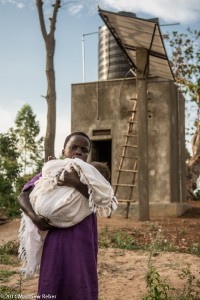 When we drove up to Nasenyi, a solar powered water pump project from IA, there was no one around.  Within minutes, a hundred people from the local community turned up.  Never underestimate the speed at which the spoken word can travel.  We asked them to send a thank you to the donor who gave the money in a short video clip.  They agreed under the condition of us watching the village women sing and dance, celebrating the water pump.  We asked a village grandmother to say a few words to the camera, and as best I understood the translation, she said, “Thank you, thank you, thank you, SHAKE IT SHAKE IT SHAKE IT!” whilst breaking into a local dance.  For many here, the best form of thanks is movement through the body, rather than words.

It’s only been a day, but what a day. 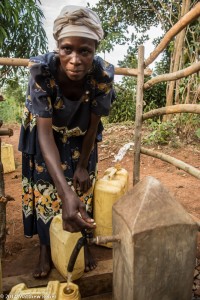